The brief: Prevent the gates from deteriorating further.

This project was managed by Guildford Borough Council on behalf of the Watts Gallery. The gates in question are on the grounds of the Watts Chapel behind the grave of G.F. Watts, they were designed around the turn of the last century by his wife Mary and made by a local blacksmith under her guidance.

Where restoration aims to restore an object back to its former glory and condition the aim of conservation is to prevent the object from deteriorating further but to show the wear and repairs it has accumulated during it’s journey through time. Where repairs are required for structural reasons they are done sympathetically but in such a way that they can clearly be identified as repairs to the original work.

The gates are constructed as wrought iron frames with copper backing plates, the scroll detailing is riveted to the copper backing plates by means of small copper rivets with a very large flat head.
The copper rivets were removed carefully after identifying and marking the individual components. The wrought iron components were gently blasted back to bare metal, repaired where required and re-finished. The copper was cleaned very gently to remove any dirt and paint overspill but preserve the patina that had built up over the years.
The hinges were refurbished so the gates hang square again and new copper rivets were produced especially to match the original rivets for the re-assembly.

The conservation of these lovely little gates won the restoration category of the Guildford Design Awards in 2005. 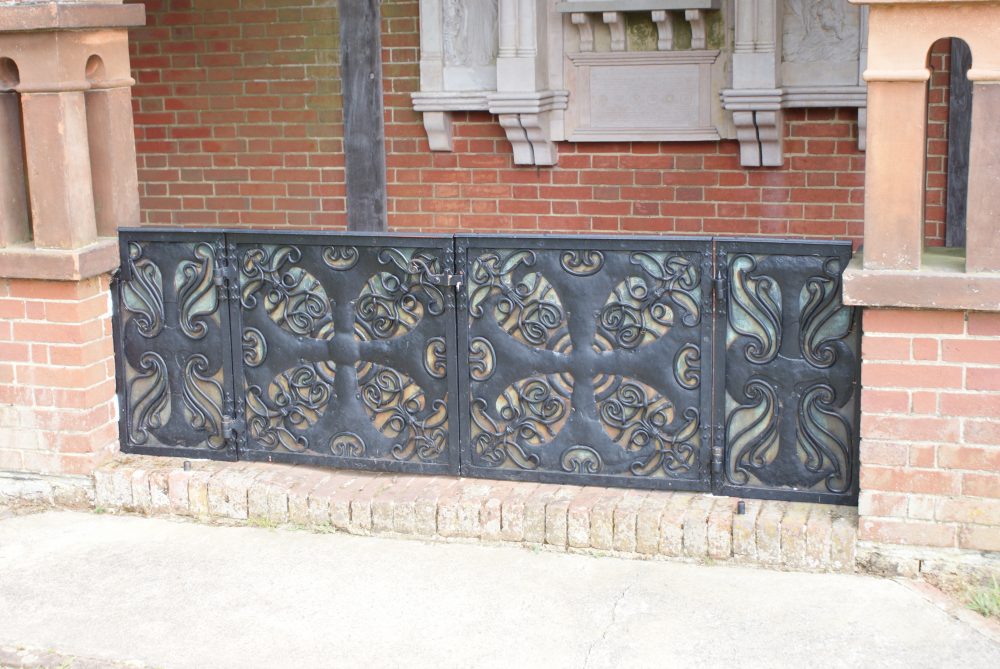 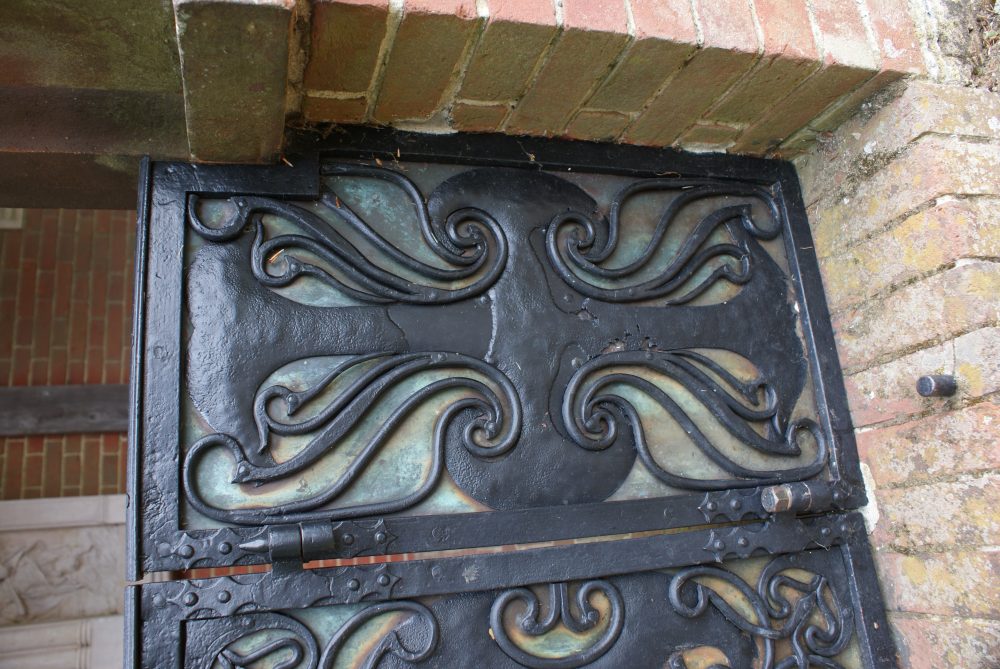 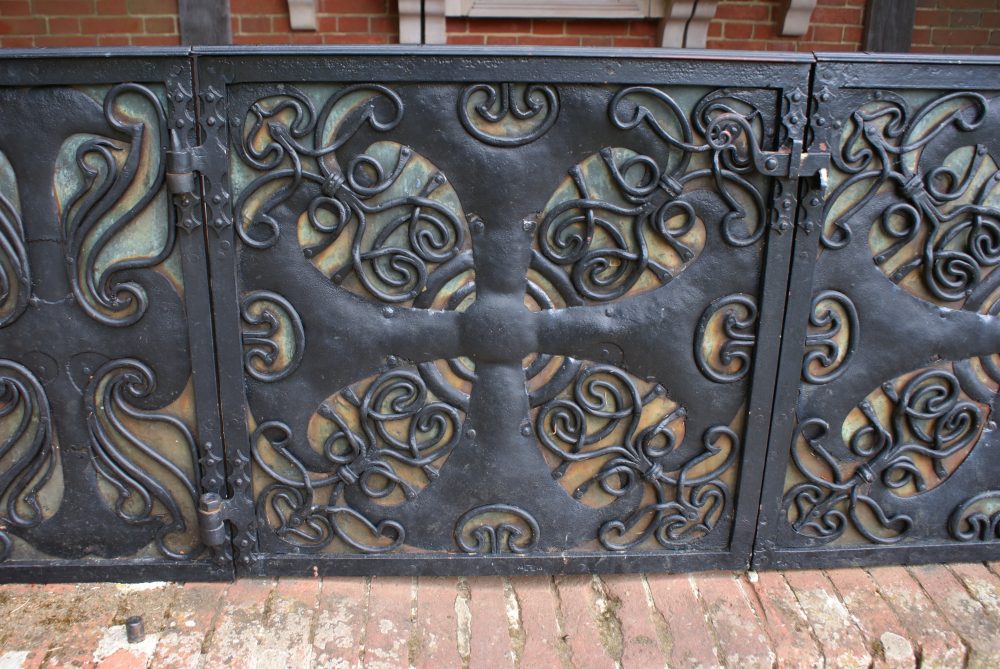 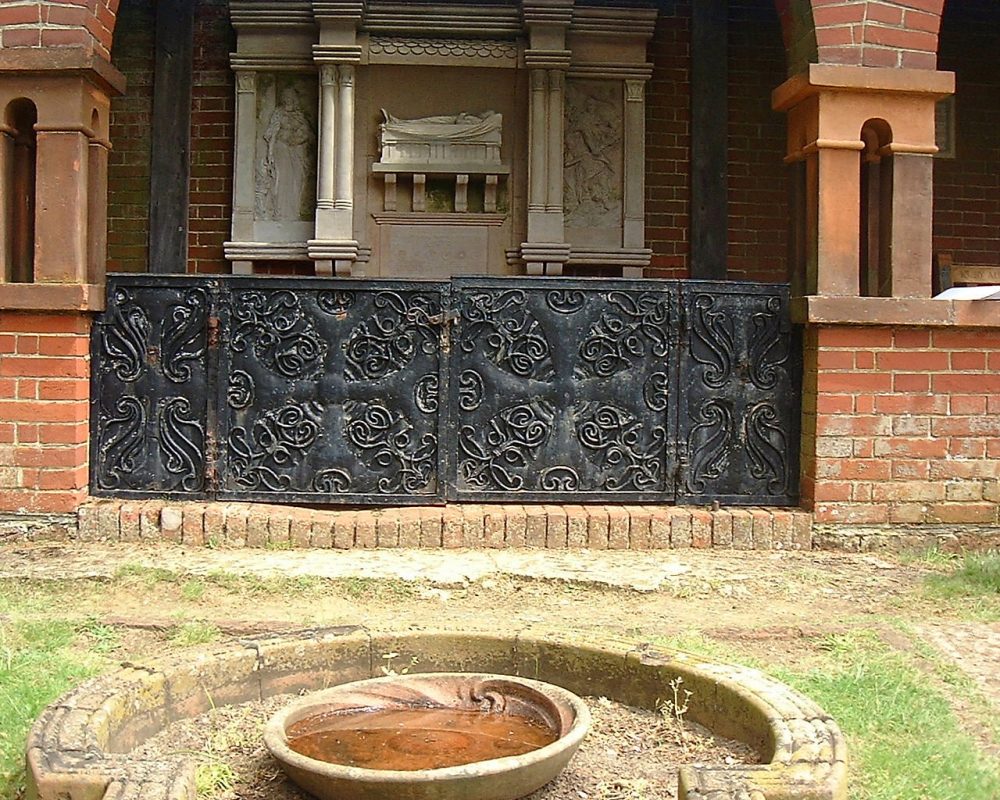 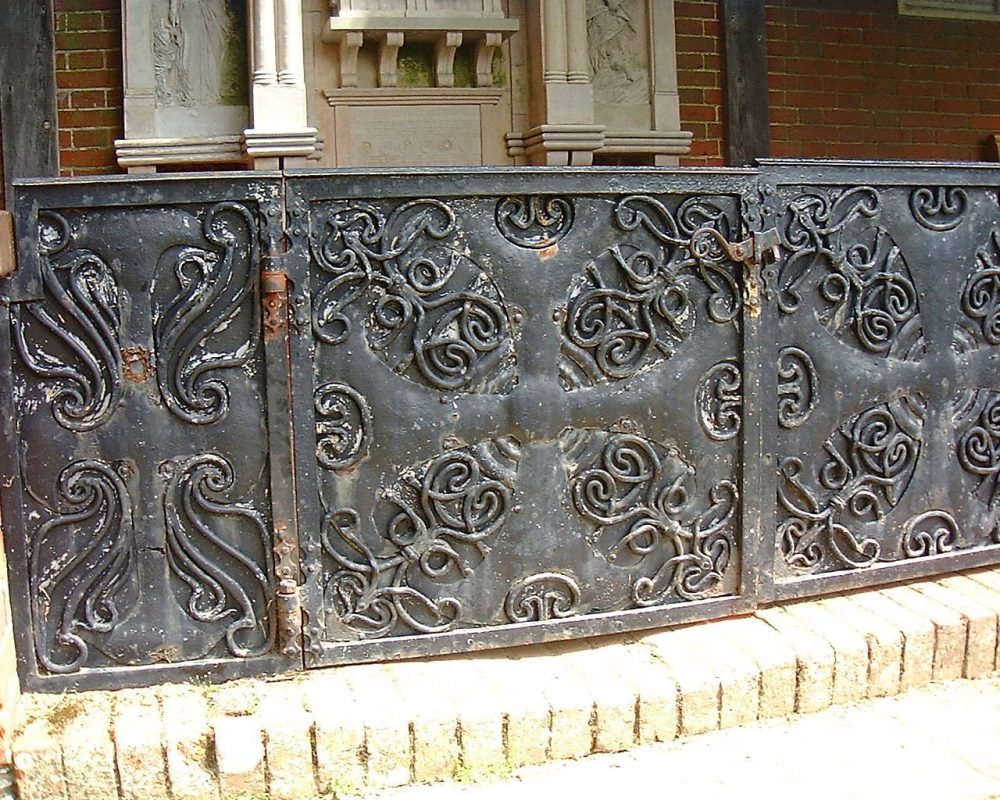 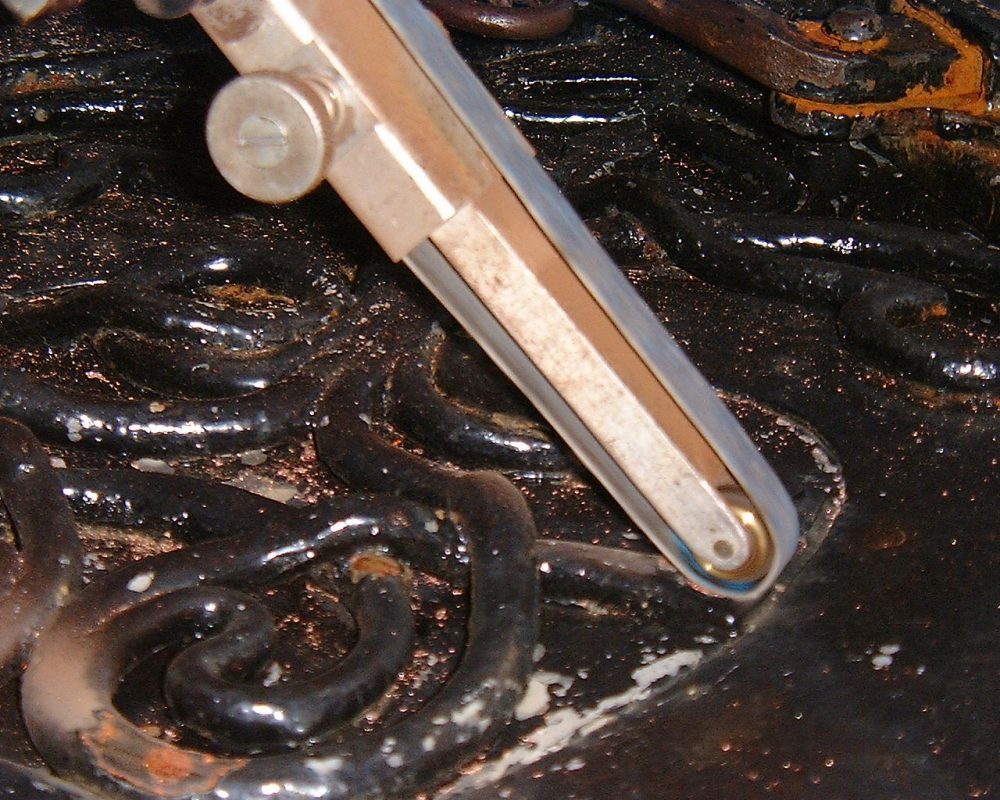 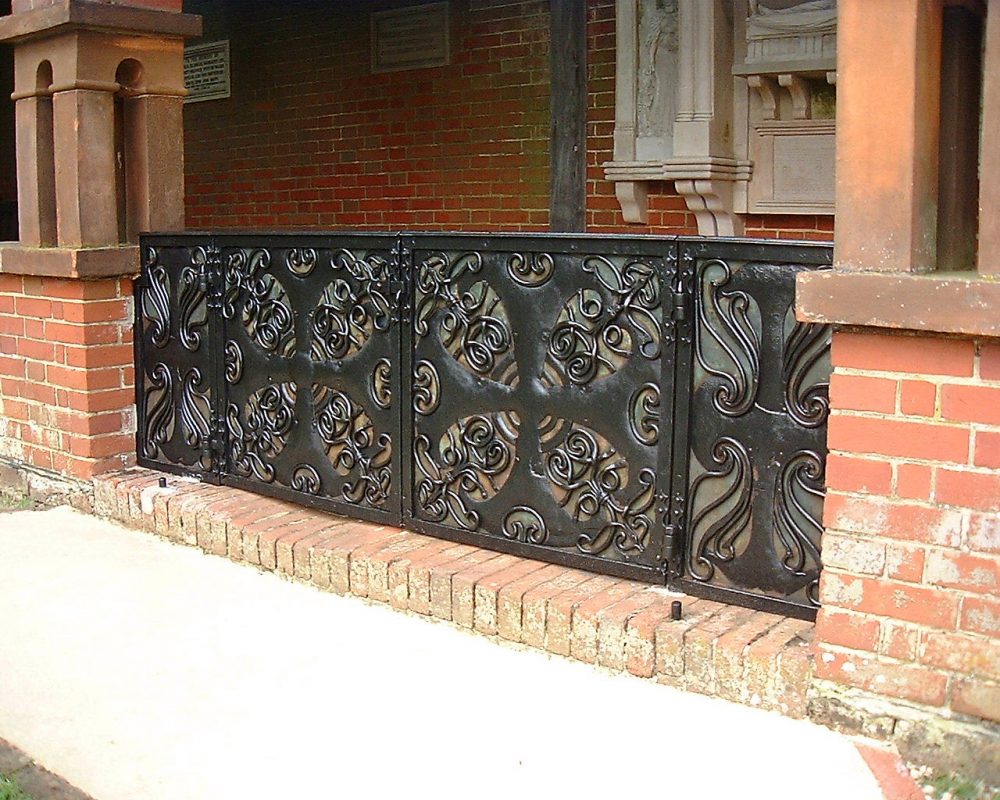 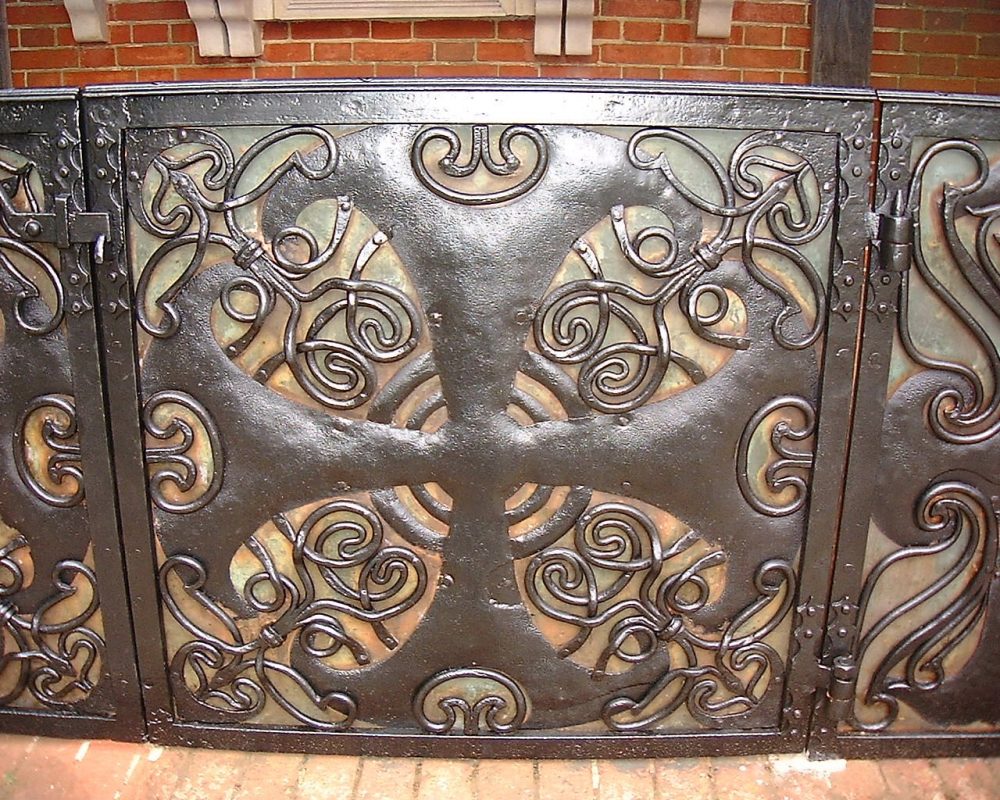 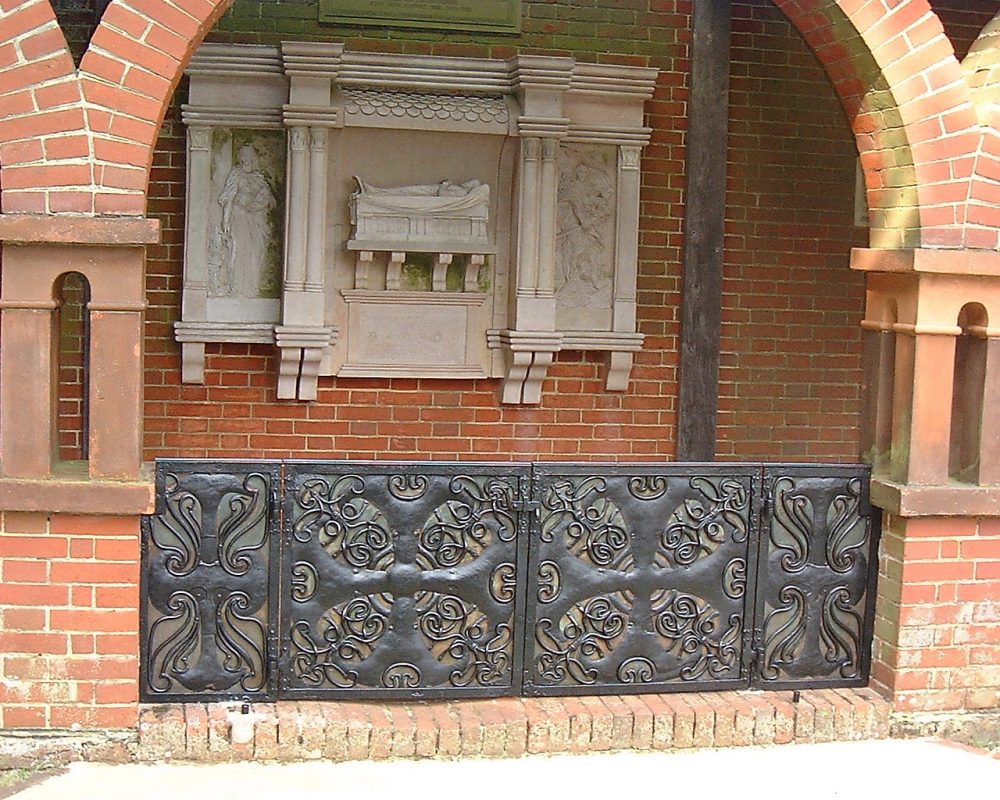 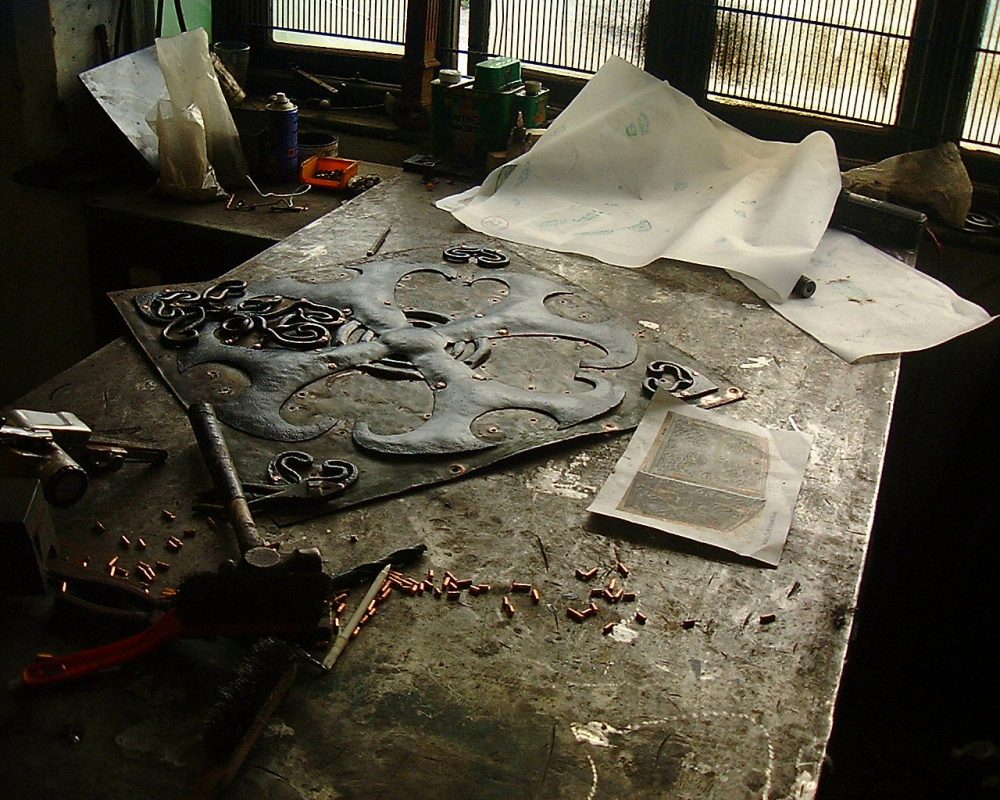 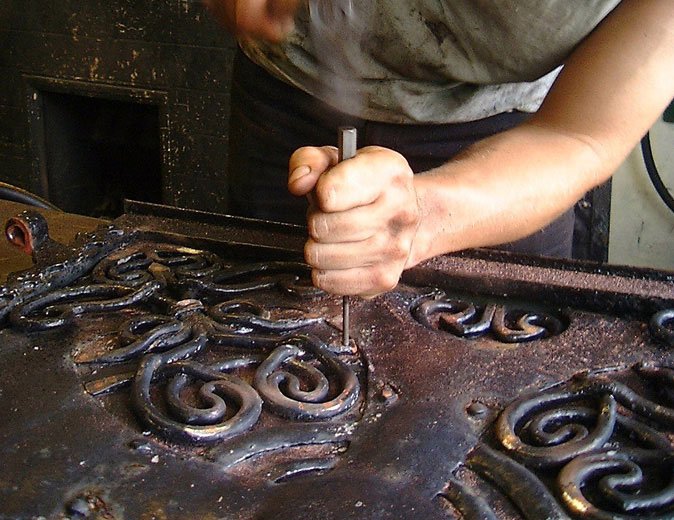 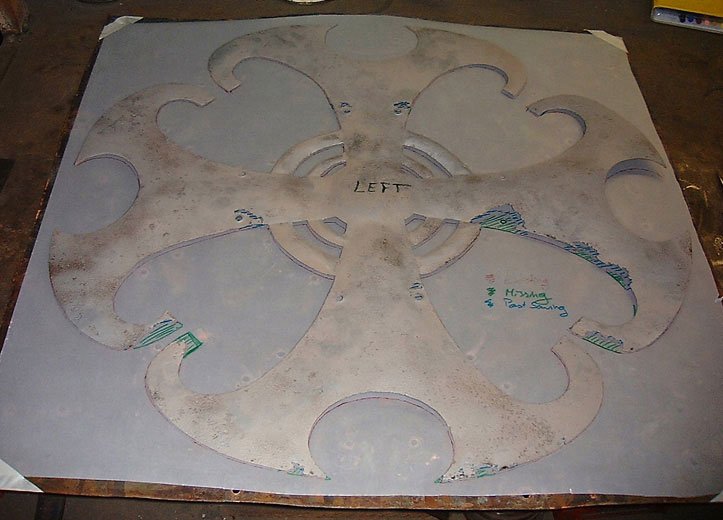 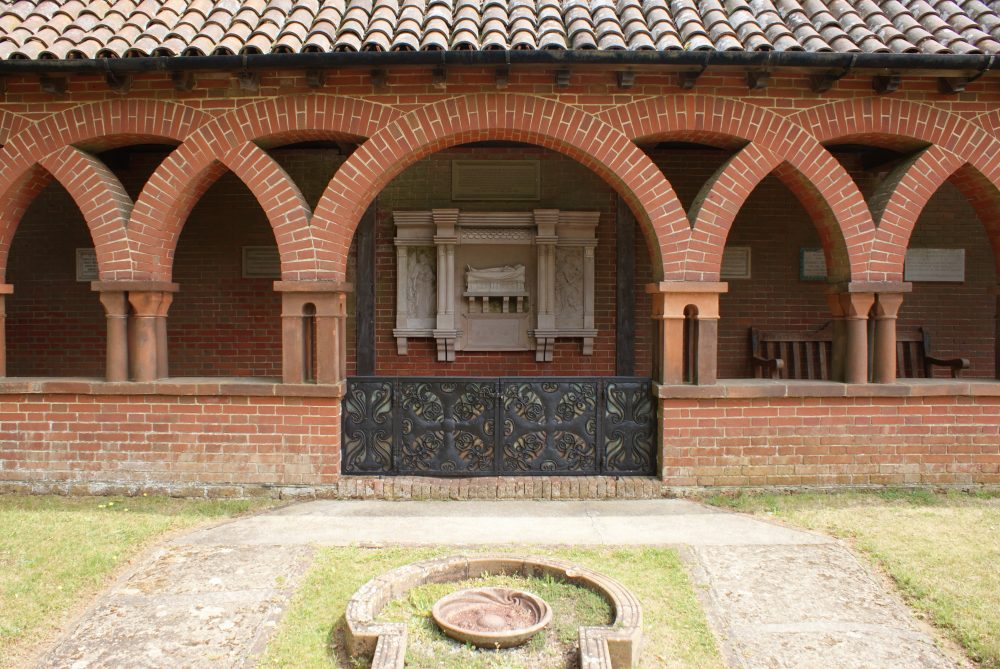 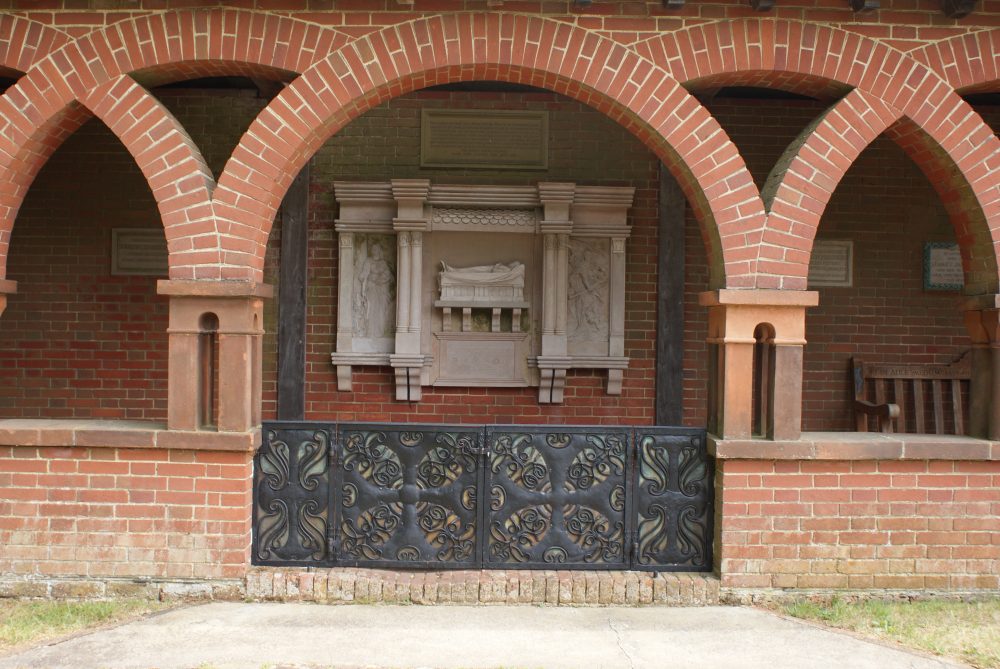 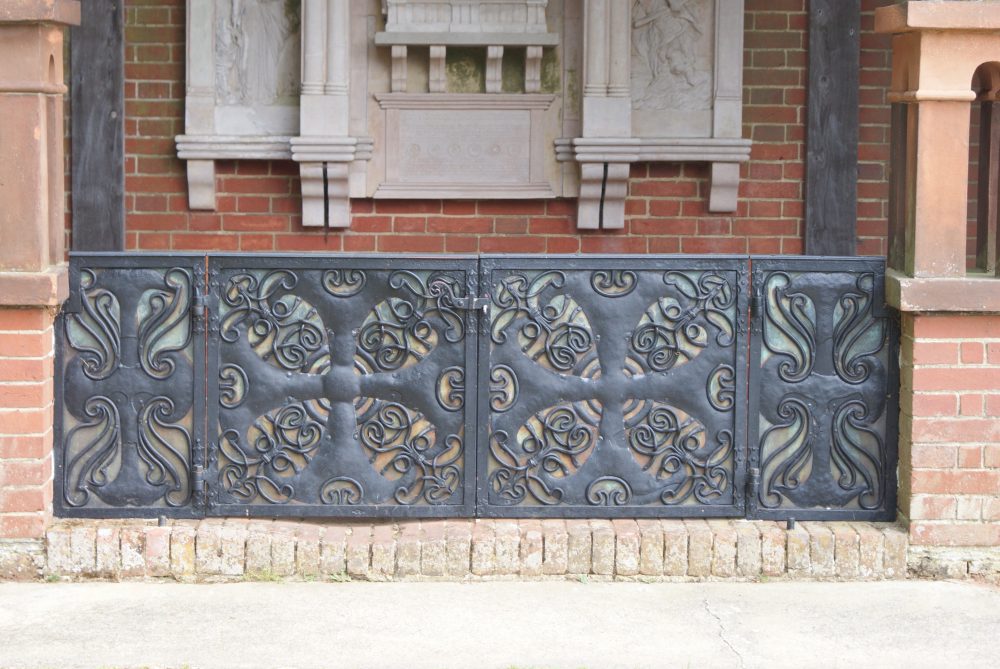 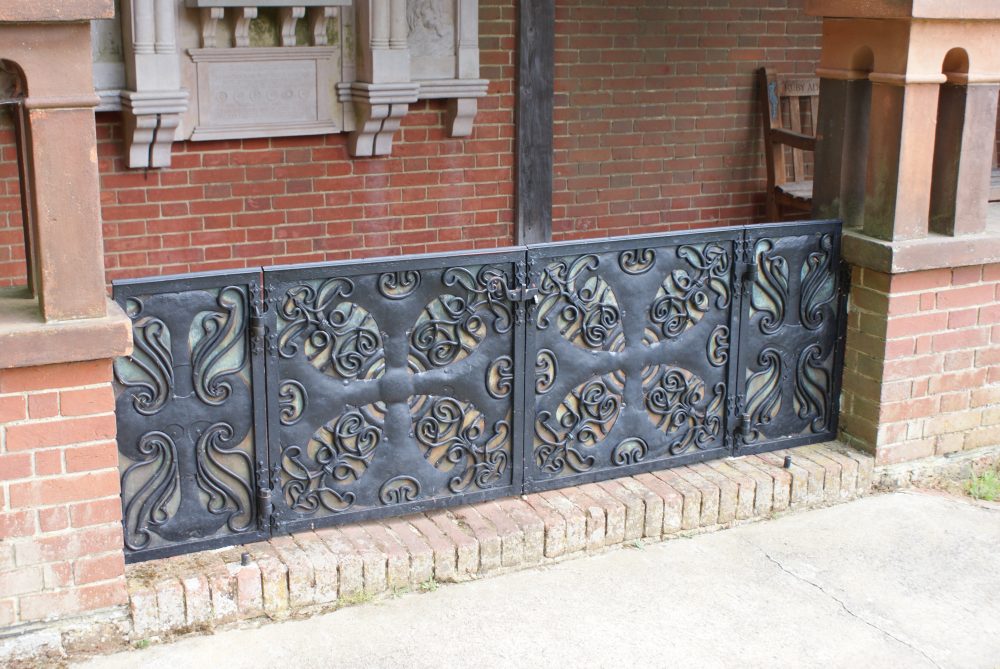